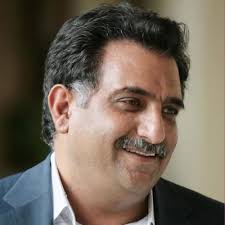 'Following intense diplomatic machinations over the past few weeks, the parties to the Syrian conflict are now back at square one. All sides have returned to their original positions, with the only difference being the intensity of the Syrian regime’s attacks on the country’s civilian population, once the Zabadani ceasefire had expired without an agreement between Iran and Syrian resistance forces operating in the border town. Russian Foreign Minister Sergei Lavrov thus put paid to any hopes – however remote – that Moscow’s policies towards Syria were at a turning point.
Lavrov contradicted recent comments by Khaled Khoja, President of the National Coalition for Syrian Revolutionary and Opposition Forces, who, during a visit to Moscow in August, claimed that Russia’s commitment to the permanence of Bashar al Assad as president in the context of a peace settlement was beginning to shake. In fact, Lavrov insisted: “While some of our partners believe that it is necessary to agree in advance that at the end of the transitional period the president will leave his post, this position is unacceptable for Russia.”
Recent gains by the armed Syrian opposition, together with a Turkish policy of creating a security corridor along its Syrian frontier, gave the Assad regime’s allies the impetus they needed to begin frenetic diplomatic maneuvers on behalf of their partner in Damascus. With armed opposition forces, and in particular ISIL, approaching the Syrian regime’s strongholds along the coastline, Russian and Iranian anxieties about the impact of these advances have been felt more keenly. This compounds the impression given by recent fighting in areas such as Jisr al Shughoor and Ariha that the regime’s forces are losing morale, with the victory long promised to them by their leaders nowhere to be seen. Sensing the danger, and wishing to take advantage of a change of leadership in Saudi Arabia, Moscow led a new diplomatic initiative.
The Syrian regime’s response indicated its reliance on Iran, which has now shown itself to be effectively in charge of Damascus. In a speech delivered in late July, President Assad attacked Saudi Arabia and thanked Iran for its support. Assad used the occasion to legitimize the activities of, and express support for, Hezbollah and other foreign militia that were bolstering his rule, helping the regime make up for a deficiency in morale and manpower within the ranks of the regular army and across the Syrian population more broadly. Indeed, Assad did away with the last remaining fig leaf not only of the regime’s lip-service to pan-Arab nationalism but also of any specifically Syrian patriotism, when he claimed that “Syria belongs to those who defend, not those who [merely] are its nationals”. Coming from an individual who presents himself as “President of Syria”, this was tantamount to a declaration of intent to carry out a population transfer of those Syrians not sufficiently loyal to the Assad government.'