The Starving of Yarmouk, Then the Capture

The Islamic State’s attack on the besieged Palestinian refugee camp outside Damascus is highly suspicious. It could only have happened with Assad’s complicity.
QUSAI ZAKARYA
"You cannot understand the Islamic State’s assault on the camp or what it means unless you also consider how Bashar al-Assad, as a gift to the Palestinian people, turned a thriving neighborhood of hundreds of thousands of people into a desperate population of 18,000 waiting to die. We cannot stop what happened in Yarmouk from repeating itself elsewhere unless we save the 600,000 besieged civilians whom Assad is starving to death.
What happened in Yarmouk and al-Hajar al-Aswad can happen in other besieged areas in the capital. For Syrians under siege, surrendering to Assad or joining the Islamic State are two sides of the same coin: They are both the result of desperation from starvation. When you see Assad bragging in the media that some besieged Syrians have surrendered, you can bet there are others who just secretly joined the Islamic State. So long as Assad’s starvation sieges continue to weaken the Syrian people, the Islamic State will find an opening by persuasion or conquest."
Posted by Dick Gregory at 14:46 No comments: 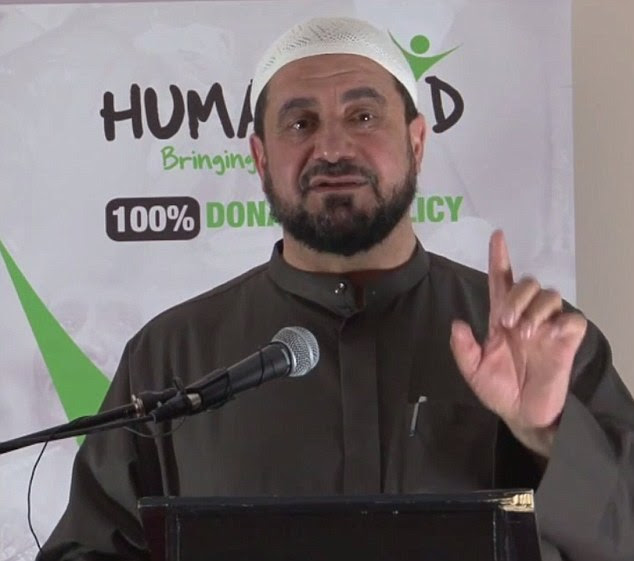 Assad brings his terrorism to London.
Posted by Dick Gregory at 10:24 No comments: "Jund al-Aqsa and JAN previously had some differences in the liberated areas and attacked numerous factions, but we will think positively and pray that their behavior will be different in Idlib," Seejri said. "But if things remain the same -- with both JAN and Jund al-Aqsa remaining as we have known them -- then the situation would not bode well."

"This media propaganda about this faction being moderate or of being extreme Islamists or aiming at creating an Islamic State is false. All of the factions, including JAN, Jund al-Aqsa, and all the others have a 10 percent element that can be described as extremist," Aroor said. All of the armed factions in Idlib would work together to "bring about the beginnings of a revolutionary region that will become a buffer zone and will represent the beginning of a new modern Syria."
"The Raqqa environment that facilitated IS control was created by the withdrawal of the Syrian regime and its voluntary handover of the region to [the IS group]. I can confirm that Syrian regime warplanes were roaming the skies over Raqqa where IS banners and flags were flying all over the city for two years without firing a single shot. I don't believe that this will be repeated in Idlib because of its closeness to the coastal area, and this would constitute a threat to the regime."
"The fear is that the regime will return at night to infiltrate the residential districts to seek revenge. We feared only the regime's forces in that they would use chemical weapons and chlorine against us. That is what drove us out."
Posted by Dick Gregory at 22:53 No comments:

"The regime, following the loss of Idlib, is now concerned it could also lose the southern city of Daraa, where more moderate Free Syrian Army (FSA) rebels have been making significant gains. The regime has started to move its administrative bureaus out of the area as it did just before Idlib's fall.

Yarmouk is only 100 kilometers away from Daraa. If ISIS, now in control of the camp, uses it as a base to attack the FSA in Daraa, it would save the Syrian regime from having to fight that battle itself. 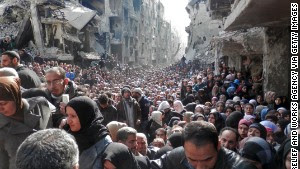 This tactic is not new. ISIS has been attempting to gain a foothold in FSA-controlled southern Syria for several months, relying on local recruitment of Syrians and Palestinians to have a presence in an area. Throughout this time, the Syrian regime has also been indirectly enabling ISIS access to the south because this serves the regime's aim of crushing the moderate opposition in the area.
But the Yarmouk scenario is also about countering the gains of al-Nusra in Idlib. Unable to overwhelm al-Nusra militarily, the Syrian regime tried to indirectly use Yarmouk as a way to discredit al-Nusra through facilitating the access of ISIS to the camp.
After ISIS was provoked by a Palestinian brigade in the Yarmouk camp, Aknaf Bayt al-Maqdis -- a group which had threated ISIS after accusing it of murdering one of its leaders -- the regime did not stand in the way of ISIS fighters who raided the camp. The regime had already besieged Yarmouk for several months and starved its residents, so it was no regime stronghold. Allowing ISIS to take over the camp was only a small sacrifice for Assad.
In return, the regime calculated that ISIS' takeover of the camp would achieve a much bigger gain: sparking a rift within al-Nusra.
Although the group is officially an enemy of ISIS -- the latter has declared al-Nusra an apostate -- some al-Nusra brigades in southern Syria have personal connections with ISIS leaders.
The ISIS advance in Yarmouk pushed the al-Nusra brigades that are sympathetic to ISIS to help it on the ground. The attack also forced the al-Nusra brigades opposed to ISIS to stay out of the battle so as not to spark a hot war between the two groups that would detract them from achieving their objectives (establishing a caliphate in the case of ISIS, and fighting the regime in the case of al-Nusra).
The regime's calculation was that this contradiction between the actions of some al-Nusra brigades and the "neutrality" of others would embarrass the leaders of al-Nusra and hurt the group's credibility.
Indeed, public criticisms of al-Nusra's apparent flip-flopping in Yarmouk have already begun to emerge -- and rival groups see in the Yarmouk scenario an opportunity to reassert themselves in the face of al-Nusra.
Damaging Jabhat al-Nusra's credibility is crucial for Assad. Unlike ISIS, which has largely refrained from attacking the regime as it concentrates on building its state-within-a-state, al-Nusra in particular has always had fighting Assad its sole raison d'être.
In Idlib, Jaysh al-Fateh -- which again, is partly comprised of al-Nusra -- is now working on creating a joint civilian-military administration similar to the model offered by the FSA in the south. This model is more acceptable to the local population than an Islamist mode of governance, and is a way for al-Nusra as well as the FSA to demonstrate that they can offer a better alternative to the regime. Any further growth of al-Nusra therefore means a growing concrete threat to the Syrian regime.
The takeover of the Yarmouk camp has therefore been a wily and tactical maneuver by the Syrian regime. But its success remains to be seen. So far, al-Nusra has released a statement distancing itself from the events in Yarmouk, and has handed over control of the main crossing on the Syrian-Jordanian border near Daraa to the FSA. Whether this indicates that the Islamist Jaysh al-Fateh and the moderate FSA are exploring a pragmatic formula to increase their cooperation in the future is an open question."
Posted by Dick Gregory at 21:05 No comments:

"Nusra’s pragmatism means that it wants to be represented at the table when a political deal on Syria is formulated, and that, coupled with Nusra’s popularity, is why it is a more significant threat to the regime than the Islamic State.
Instead of putting Nusra and the Islamic State in the same basket, the West should look beyond the Nusra Front’s ideological affiliation and encourage its pragmatism as it seeks an end to the Syrian conflict."
I'm not sure everything in this article has the right emphasis, al-Nusra does seem more committed to the fight against Assad than against the FSA. Incidentally, all of the rebel factions in Aleppo apart from al-Nusra have united under the Free Syrian flag.*

Skype meets theatre in Syria twist on Romeo and Juliet

“We wanted, through this unique work, to draw attention to the areas under siege by the regime in Syria after the failure of humanitarian organisations to send food, water and medicine there,” said the play’s director, acclaimed Syrian actor Nawar Bulbul.
“We also wanted to send a message to the world that the besieged people are not terrorists but children threatened by shelling, death and destruction.”
Posted by Dick Gregory at 22:28 No comments:


"Naji said she thinks the strictness of the authoritarian government in Syria has engendered fear in some citizens that they are constantly being watched.
When the Syrian government visited Naji’s grandmother and aunt in 2013, Naji said her aunt had to stuff her “Free Syria” flag in the drain of the kitchen sink to hide it from government home inspectors, who performed random searches to make sure civilians weren’t collaborating with rebel forces.
Naji said she remembers how difficult it was early in the war to learn about the situation.
“Every time we would ask our family, ‘Is there something going on?’ they would have to say ‘no’ for their lives,” she said.
Gelvin said he thinks the complexity of the war has caused many to predict a bleak future.
“It’s going to end up with both sides exhausted, but like prize fighters not able to deliver a final blow,” Gelvin said. “A permanent failed state is the prospect. (Syria has) disappeared from the face of the earth.”
Despite this forecast, Basrawi said he believes the best solution to the war is to establish Syria as a heterogeneous nation full of a diverse range of people. He said he thinks the government should provide its citizens with many of the same freedoms democracies provide their citizens."
Posted by Dick Gregory at 22:24 No comments: