Scandal: The Syrian regime uses Christians as human shields to break into Daraa and FSA saves them

'The revolutionary factions in the Central Operations Room in the south managed to free a number of Christian civilians from the Syrian regime forces, who used them as human shields in the raids of Daraa.

During the Syrian regime's progress to the town of Jbeib east of Daraa, its forces used civilians including women and men as civilian shields to prevent the Free Syrian Army from targeting, and after the introduction on the town's outskirts , the factions launched a counter-attack destroyed two tanks and killed many of the attackers, many families were liberated and later found to be Christians and were used as human shields.

The operations room announced today the destruction of four tanks and a truck for the transfer of soldiers of the regime forces in addition to capturing a group of elements on the engagement fronts of the town of Jbeib and the air base and Zemel area.'
Posted by Dick Gregory at 10:50 No comments:

'On May 17th, I went into work at Radio Fresh, the independent radio I founded to report the truth about Syria. I sat down at my computer, pulled up my email, and had a rude awakening: a State Department contact had written to inform me “with great regret, that the United States has decided to stop funding projects like Radio Fresh” — effective as of June 30.

Radio Fresh is one of the many organizations affected by President Trump’s decision to freeze $200 million in “stabilization aid” to humanitarian groups in Syria. Although the administration recently released funds to the White Helmets (the Syrian volunteer search and rescue group) in response to a broad media outcry, he is still withholding money for civil society groups and independent news organizations like ours.


Trump’s aim is to bring an immediate end to U.S. involvement in Syria. But I have bad news for him: Without funding and support for independent voices like Radio Fresh, the world may witness the birth of another Islamic State in Syria, and that will create a long-term security threat to the United States.

I started Radio Fresh in 2013 as a local station based in my hometown of Kefranbel to reach audiences in Idlib, Aleppo, and Hamah provinces. It was crucial that the Syrian people receive independent news about what was going on in their country, and there was no other station of that kind at that time.

As a journalist and activist, I felt I had a duty to counter the fundamentalist narratives that are spreading among people who have no other source for hope in our war-torn homeland. For five consecutive years, we have broadcast news and promoted nonviolence. Listeners noticed our reliable coverage, and we quickly became the most popular independent voice, especially in liberated areas.


Radio Fresh is more than a radio station: We provide media training for more than 2,500 young men and women. We are helping them become the citizen-journalists that are so badly needed in Syria. We employ more than 600 people, giving them the opportunity to think critically and join the nonviolent movement. That means we are directing people to be citizens that have the skills to contribute to a democratic society. We’ve also been the main source of on-the-ground information for the international press, which hesitates to send its reporters to conflict zones like Idlib. If it weren’t for us and other independent voices, terrorists would be the only source of information about Syria locally and internationally.

For that reason, the terrorist groups (and the regime) see us as a direct threat. Radio Fresh’s office has been raided by Islamic State militants several times (and bombarded by the regime of President Bashar al-Assad twice). Employees have been abducted and harassed. In 2014, I almost lost my life when two armed men opened fire at me and shot me in the chest. It took me four months to recover. Two other times, terrorists hid bombs in my car. Between 2014 and 2015, I was abducted four times by al-Qaeda militants and released a few days later after being tortured.

But we haven’t given up. We’re still broadcasting our independent coverage of the Syrian revolution, countering terrorism and advocating tolerance. But now we face a much more serious existential threat. When we close up shop, that shutdown won’t be because of Assad, Russian President Vladimir Putin, al-Qaeda, or even the Islamic State – it will be because of Trump’s decision.


The liberated zones where we operate are especially vulnerable to power struggles, and supporting civil society and media groups here is absolutely crucial. Recent history has shown us again and again that enduring peace depends on the existence of a vibrant civil society and free political discourse, a marketplace of ideas where new voices can challenge dictatorship and terrorism. We’ve also seen cases — in Afghanistan and in Iraq (where the Islamic State began) – where a lack of civil society-building undermines democracy.

The Syrian conflict escalated in part because terrorists are winning an ideological battle for Syria’s soul. The people in villages like Kefranbel, especially the children, have been living in an environment of war, hate, violence and scenes of bloodshed for more than six years. In the absence of peaceful, democratic political voices, terrorists have been able to convince Syria’s vulnerable youth that violence and destruction can somehow pave the way to stability. Civil society groups and independent media are working tirelessly to oppose these messages – in ways that resonate with local audiences. Syria’s democratic future relies on our success.

Trump is giving his voters the impression that the United States has defeated the Islamic State in Syria and Iraq. But the terrorists are still here, and so is their ideology. In the northwest region of Syria, in my hometown of Kefranbel, I’ve seen with my own eyes how al-Qaeda-linked terrorist groups that were once scattered by U.S.-backed forces are regrouping and recruiting fearful and disenfranchised youth.

Without groups like Radio Fresh to provide alternative messages, another generation will take up arms to found the Islamic State’s second and third editions. We receive financial support and other resources from international groups like the Human Rights Foundationand War Child, but it is not enough. We depend on assistance from the United States. If the Trump administration does not release the remaining budget allocated for humanitarian groups, Americans will have to spend billions of dollars more to protect their allies and even themselves from new threats.'

Posted by Dick Gregory at 22:48 No comments:

We live with dignity, or we die with honour. We will not surrender to the régime of injustice.

'In the name of God, the most Gracious, the most Merciful.

Praise be to God, and may prayer and peace be on the messenger of Allah.

The decision has been taken by Houran's* rebels, Military Operations Room, Associations and Organisations. Our resistance and steadfastness are our only choices. We have achieved the free will that makes victory, after the whole world gave up and left us to face victory and freedom.

We continue our battle, with our hope and loyalty to the revolution. We look forward to victory.

Our revolutionaries are achieving victories on various fronts. The military campaign by the Assad régime and its militias, supported by the Russian occupation warplanes, which have followed a scorched earth policy for nearly 8 days, although it resulted in them advancing in many areas of Busra al-Harir and Mleila al-Atsh, has cost them a lot and their losses are great, after a complete inability to confront the rebels on the ground.

Southern Syria will always be hard and strong, and will not give up, God willing. The fearful governments, that could not protect their agreements, see them violated before the world's eyes. Their concern for the South translates into letting the options be limited to negotiation, humiliation and submission.

The real translation comes from the battlefield. In fulfillment to the blood of the martyrs, the demand that detainees be freed,  and the return of the displaced.


Houran announces public mobilisation to join fighters defending it, and will recruit their sons be be under the Operations Room leadership and guidance. And this support of the people for its military leadership, is the key to victory, God willing.

We in the Central Operations Room, are doing what we can to keep this promise, that we have given to our people. There will be resistance and steadfastness, under the fire of bombing and the lava of warplanes. And we have patience that Assad's gangs, militias and criminal accomplices can never match.


Our words have united in the South in one clear vision and decision. We will never compromise on the principles of revolution. We value things accurately and in the right balance. We demand the world live up its responsibilities, and abide by its agreements, which should lead to a comprehensive solution at the national Syrian level. Which protects the country from war, and protects the dignity of the people.

We say to our people, we will never surrender. We have taken our decision, and we will defend our land on military or political battlefields. We live with dignity, or we die with honour. We will not surrender to the régime of injustice.

Mercy for our martyrs, healing for our wounded, and freedom for our detainees.' 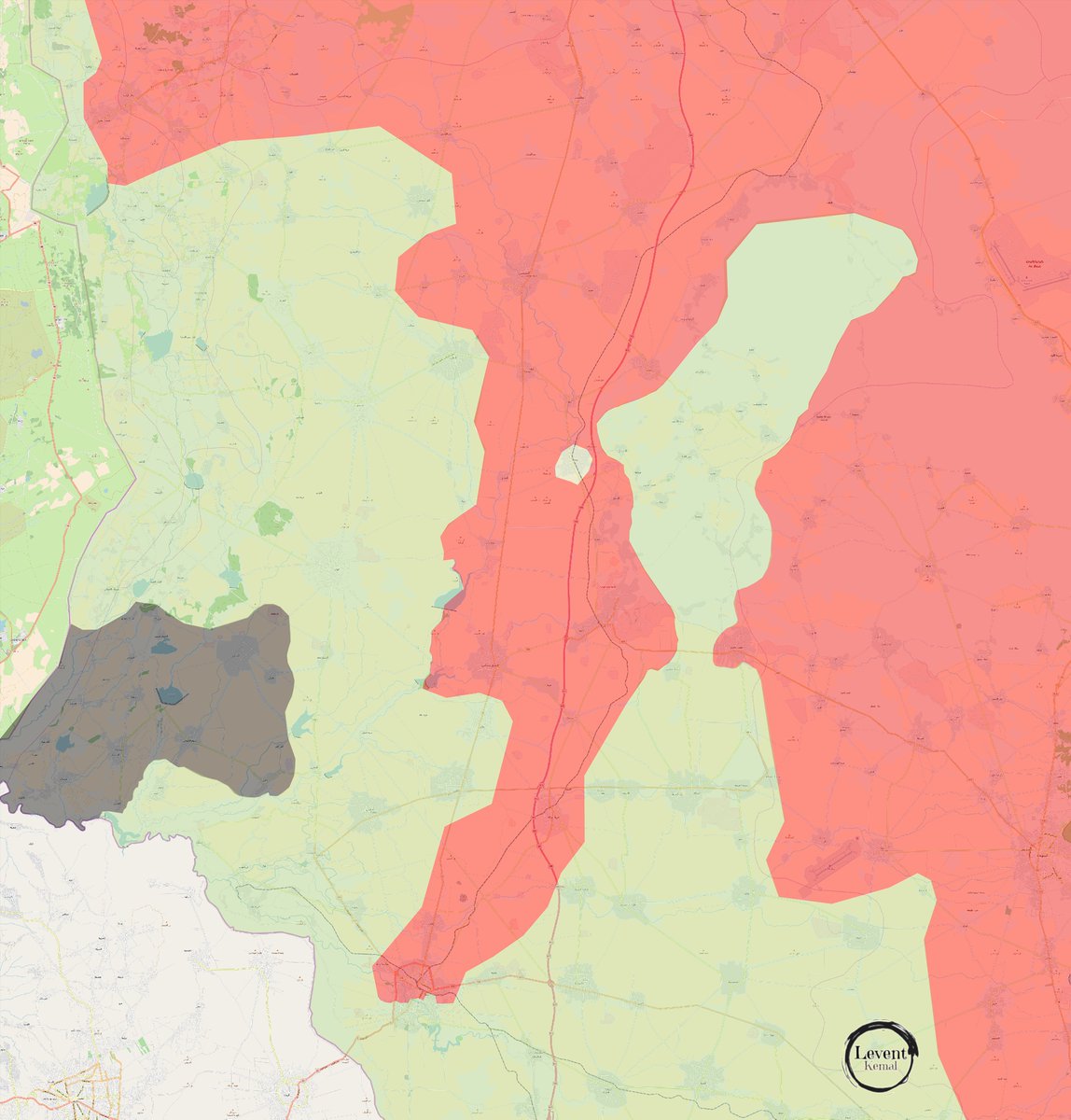 Posted by Dick Gregory at 01:01 No comments: 'Syria’s opposition forces decided on Sunday to ignore Washington’s warning not to expect a US military intervention in their support regarding the regime’s operation in the southern province of Daraa.
Commander of the Southern Front factions Colonel Khaled Al-Nabulsi said that the group ignored the US advice by choosing to confront regime forces and their allied militias.

“If there is an American advice, then it should go to the Russians and the Syrian regime which are called to respect their promises and agreements by de-escalating tension and not killing civilians,” the Colonel said.

He added: “We should not continue to wait for a massacre to take place as it did in other Syrian regions.”


Nabulsi explained that shortly after the US warning to the Syrian opposition, Russian warplanes took off from the Hmeimim air base in the direction of the South, triggering their military operation by mainly targeting the areas of Basra and Al-Lajat.

“Such behavior is a clear announcement that Russia is terminating the de-escalation agreement in the South,” Nabulsi said.

Last week, the US advised the opposition not to respond to the provocations of regime forces, whose helicopters dropped barrel bombs on opposition areas of the southwest.

The US seeks to give a chance for a “diplomatic solution” to protect the de-escalation agreement brokered last year by Washington, Moscow and Amman.

Meanwhile, regime forces pushed further in their military operation in the east of Daraa province, the first since reaching a de-escalation agreement one year ago.'
Posted by Dick Gregory at 10:13 No comments: