I survived the 2013 chemical attack on Ghouta 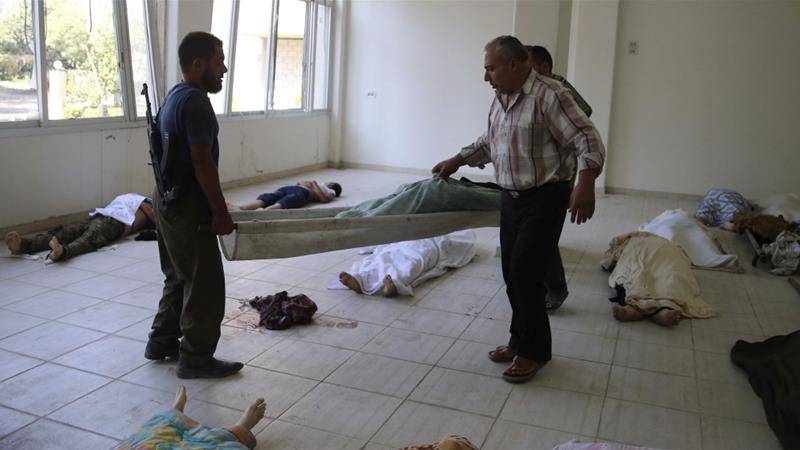 Ameenah Sawwan:
'Six years ago, I was living in Muadamiyat al-Sham in the Damascus suburbs of western Ghouta, which at that time was under siege by the Syrian régime. My whole family of 12 had moved to the basement of our house due to the incessant bombardment by Syrian régime fighter jets and helicopters.

It was early morning on the August 21, I couldn't sleep so I went online and started going through the latest news posted on social media. Almost immediately, I came across freshly uploaded videos from Zamlka, Ein Tarma and Irbin in eastern Ghouta showing people spasming and fainting, their eyes rolling back and foam coming out of their mouths. I couldn't believe it - this was just 20km away from my house.

I woke my family up and told them the news. They began panicking and couldn't believe what I was telling them. They kept asking me if I was sure of what I was saying. Then, at about 5am, information circulated online that Muadamiyat al-Sham had also been attacked with chemical weapons. I told a friend: "That's not true, I live there, you must mean Eastern Ghouta." I was wrong. Chemical weapons had been dropped on my town and we had not realised because it was not that close to our house.

We had heard whistling explosions, louder than usual, but thought they were ground-to-ground missiles. For two years we had been bombed with all sorts of weapons - how do you recognise the sound of a chemical attack?

I decided to go outside and one of my neighbours told me that the news of the attack was true. I saw people running in the streets, shouting and crying, and trying to get those affected by the gas to the field hospital. I did not see the missiles that released the chemicals but I could feel the effect of the gas - my eyes began to burn.

I went back to the basement and told my family there had been a chemical attack nearby. When my sister-in-law heard the news, she began to cry uncontrollably, clutching my one-month-old niece, and asking me, my parents and my brother to help her daughter survive.

We had heard that chemical weapons are dense gases so we decided to go upstairs to the ground floor where we thought we would be safer. Then shortly after, a mortar shell landed in our garden, exploding and causing some damage to the house. The régime clearly did not want anyone to survive that day.

The régime continued to hit us with air strikes, mortar shells and missiles throughout the day.

I had previously volunteered at the field hospital and knew they would need help, so at approximately 7am I headed there. It was not much of a hospital really - it was only a 300 square metre room in a basement, but it was all we had.

I was barely able to make it because of the constant shelling. I was trying to walk close to the walls to avoid the shrapnel but every time a missile exploded, I would check myself to see if I was wounded.

When I finally reached the hospital, I saw people lined up in the street in front of it. They were spasming violently, foaming at the mouth, and their eyes were rolling back. There was a man hosing them down with water but they looked like they were close to death.

I went inside and started to wash people and take off some of their clothes. I was instructed to put towels soaked with vinegar and lemon under their noses. We did not know what we were doing and whether it was helping at all. All we knew was that something terrible had happened and we were alone, left to deal with hundreds of dying people.

I still remember how helpless everyone felt. We were losing a lot of people, but we were still doing CPR and trying everything we could to save them. I saw a whole family die, one after the other. Eventually, the bodies of the dead had to be moved to nearby houses as there was not enough room for them, as casualties kept arriving.

At some point, I saw a doctor standing in the corner of the room holding a 10-month-old baby. He handed the baby to me as he was struggling to stand. I tried to wash the baby, I tried CPR on him, nothing worked. It was the darkest moment that day for me. I wished that it was a nightmare and that I would wake to find out that it had never happened. The baby died along with his parents. We were all crying, looking around, lost, not knowing how this was going to end.

The shelling was intensifying and we were starting to get dizzy from the secondary effects of the chemicals.

One of the doctors asked me and another volunteer to go to the nearby house and give atropine injections to the people inside. The doctor said the inhabitants were presumed dead but perhaps they were still alive, perhaps the injections could help. When I arrived, the house was silent. I recognised many of the people lying inside. We were crying and giving them the injections one by one.

They were dead, but I was hoping that maybe we were wrong, maybe they were in a coma. I was feeling dizzy, and my eyes were burning but I did not want to ask for medical treatment when people needed it more than I did.

After we saw that we could not help those people, I went to other houses to try to save others. In one of the homes, I was shocked to find my best friend. He was alive but completely disoriented. He was hallucinating, trembling; it took him more than 10 days to come to his senses and realise what had happened.

In the early afternoon, I walked home, unable to see as my eyes were still burning from the gas.

That day a total of 1,127 people were killed in the attacks on Ghouta, an unimaginable war crime. People had gone to sleep the night before and never woken up. My family and I survived, but death continued to rain from the sky. Eight days later my brother, his wife and their son Ahmad were killed by a mortar shell.

This week, we commemorate the sixth anniversary of the massacre; we mourn the dead and remember their families who still await justice. The attack on Ghouta was not the first and it was not the last. Despite the outrage and the mock chemical disarmament under the supervision of its ally, Russia, the régime continued to use chemical weapons against its own people with impunity. The Syrian Network for Human Rights has documented 217 such incidents between December 2012 and May 2019. The régime alsocontinues to use banned weapons in its offensive on Idlib.

For those of us who have lost family members to the régime crimes, it has been incredibly frustrating to watch the international community ignore our calls for justice. It is high time it takes action to end these horrors in Syria. Until it does, we will continue to campaign and tell our stories.' 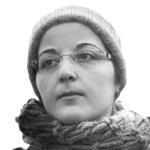 Posted by Dick Gregory at 16:04 No comments: