The face of Syria's military resistance 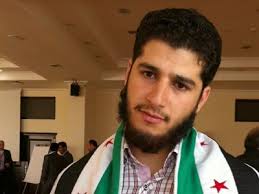 'The image of the Syrian opposition in the USA is of raging militants who want to establish an Islamic state. But most of the fighters are young soldiers or officers who defected because they couldn’t bear killing civilians, or else they are civilians - teachers, accountants, students, workers, farmers- who took up arms when the Syrian regime started bombing their towns.

One good example is Abdul Razak Tlas, a handsome, baby-faced 25 year old former Syrian army lieutenant from a famous Sunni family that produced a long- time defense minister. He was one of the first Syrian army officers to defect and became a hero of the Farouk brigade that defended residents of the Bab Amr district of Homs which was pounded to smithereens.

Tlas now sports a beard but he bristles when I ask him if he is a salafi, the militant believers who seek an Islamic state.

“Ninety-five per cent of those who are labeled as salafis are indigenous Syrians and observant Muslims, not salafis in the true sense. Although their religion mandates them to fight against those who are killing their families, they do not espouse any extreme ideology. This is not a religious war.”

Most of these fighters, he says, would go back to their old jobs, once the war ended. But, echoing what I hear repeatedly from non-Islamist commanders, he adds that the small number of militant fighting groups is always well-supplied with funds and money from individuals in the Gulf states, while the non-Islamists get no weapons or funds from the West. And the longer the war lasts, the more attractive militant ideology may become to desperate young men who feel the world looks on as their towns and villages are bombed into dust.'
Posted by Dick Gregory at 23:00 No comments:

A Tribute to Activist Fatima Saad

"The uprising in Syria is a subject I wish I could avoid. It is a topic that makes my blood boil, for I still cannot understand how it is humanly possible for the leader of a nation to crack down on his people in such a brutal way.

Fatima was subjected to physical and psychological torture by the Syrian regime in an attempt to make her name those in her photos. Her death brings the number of Syrians killed specifically under torture of the regime to 1,125."
Posted by Dick Gregory at 19:45 No comments:

Garbage Only Happy When it Rains


"Turkey, Saudi Arabia and Qatar – are already directly intervening, providing arms and other military support. Their interests are hardly humanitarian, given Saudi Arabia's terrible human rights record and Turkey's longstanding oppression of the Kurds... We take the view that it is for Syrians to decide what happens in Syria."And if that means tens of thousands of Syrians are killed, so be it. Lindsey German isn't so much a hypocrite as a philosophical idealist, who believes reactionary ideas among the Gulf monarchies are more real than the Russian bullets, shells and bombs that have killed thousands and forced hundreds of thousands into exile.[http://www.guardian.co.uk/…/01/oppose-wars-west-fans-flames…]
Posted by Dick Gregory at 06:54 No comments: 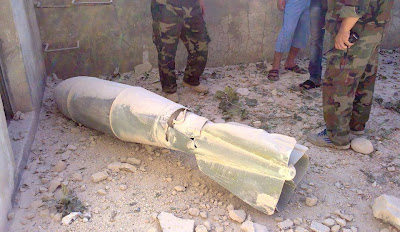 Posted by Dick Gregory at 22:51 No comments:

"The international community is responsible, through its lack of support for the Syrian people, for the growth of extremism in Syria," SNC director Abdel Basset Saida told AFP. "The international community should criticise itself, and ask itself: What did it give the Syrian people? How has it helped the Syrians to stop the regime's crazy killing?" he said.The first line says a couple of things,"Syrian regime forces launched new air strikes Thursday in what is seen as a desperate attempt to reverse rebel gains." Sad but promising.
Posted by Dick Gregory at 13:14 No comments:

Rebel victories in Syria show up fragility of Assad regime

"Assad’s regime is running out of men, with many either defecting, surrendering or going home. His troops cannot regain areas they have lost. This is a war of attrition that Assad is losing."
Posted by Dick Gregory at 03:26 No comments:

‎Hand in Hand for Syria

Road to Syria Aid Convoy
A registered charity working to relieve the pain and suffering of the Syrian people.
Posted by Dick Gregory at 07:25 No comments: