Just like demanding Hitler be awarded the Nobel Peace Prize 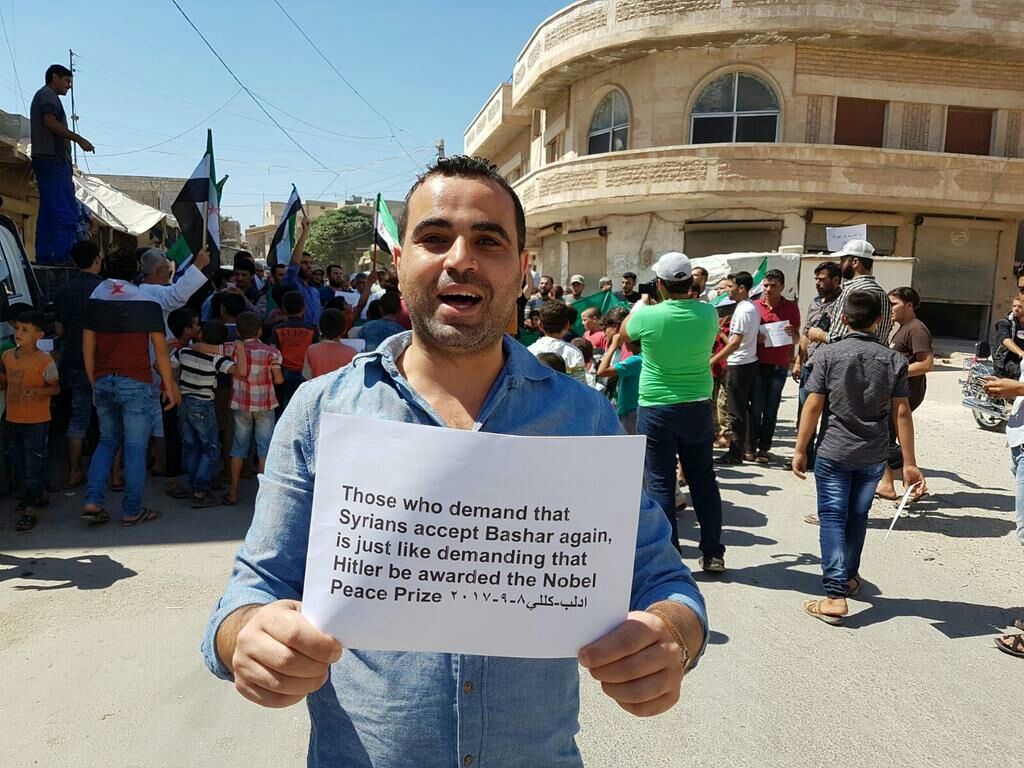 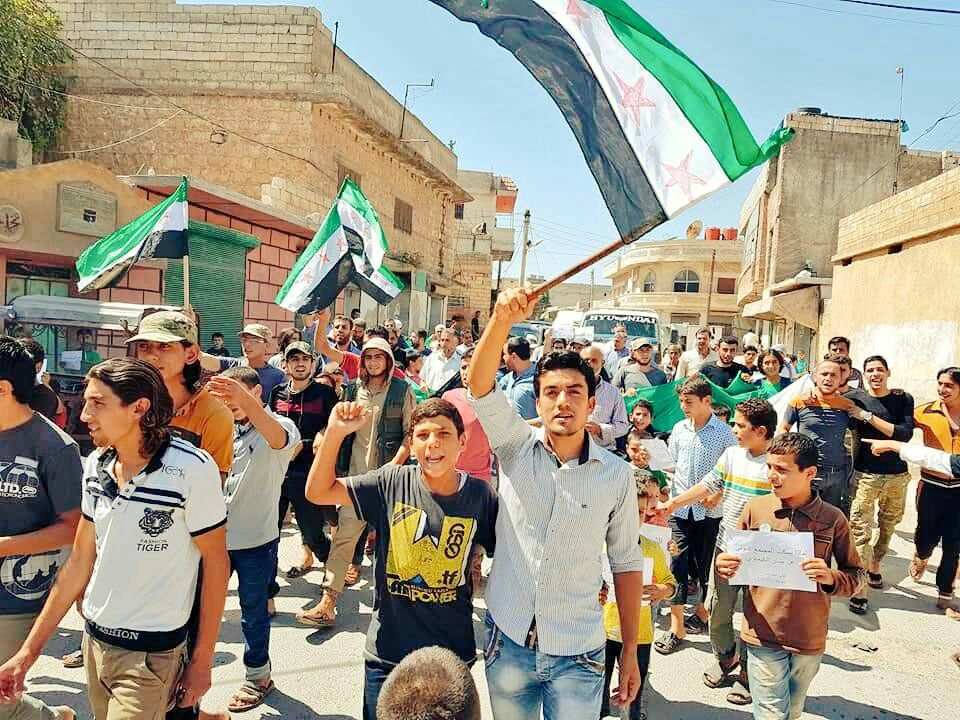 Posted by Dick Gregory at 23:22 No comments: 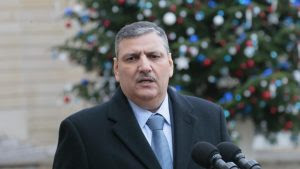 'A prominent Syrian opposition leader said on Thursday U.N. mediation to end the country’s six-year conflict has failed and the revolution would continue.

“De Mistura’s statements reflect the defeat of U.N. mediation,” Hijab wrote on Twitter. “The Syrian revolution continues,” he said. De Mistura had repeatedly made “un-studied” remarks on the conflict, he said.

Hijab, a former Syrian prime minister under Assad, called for a new a U.N. “approach on the Syrian issue”, without elaborating.

Assad has won a series of military victories but rebel groups still hold large parts of the northwest of the country and substantial enclaves in the southwest, in Homs province and near Damascus.
De Mistura said on Wednesday the opposition must be “unified and realistic” in accepting it had not won the war. He did not say Assad was victorious.

“Victory can only be if there is a sustainable political long-term solution,” de Mistura said, suggesting the conflict was almost over because many countries were involved principally to defeat Islamic State and a national ceasefire should follow.

The remarks come ahead of a round of Syria talks between Damascus allies Russia and Iran and opposition backer Turkey in Astana next week.

Several rounds of negotiations in Astana and a separate U.N.-sponsored track in Geneva between the government and the HNC have produced no visible progress on ending the war that broke out after a popular uprising in 2011.

Russia and Iran have stood by Assad. Some Western countries have softened their initial stance that he should leave power immediately, saying he could be part of a transitional period.'

Posted by Dick Gregory at 22:24 No comments:

'The verdict is out. Syrian President Bashar Al Assad has won the military war and consolidated control over the country’s opposition movement — thanks largely in part to Syria’s powerful allies, Russia and Iran.

While the respite in heavy and brutal warfare against the Syrian civilian population is a welcoming development for a population that has been subject to what the United Nations terms “probable war crimes” the story does not end here.

Syria’s neighbouring countries, which have borne the brunt of responsibility in sheltering Syria’s downtrodden refugee population, may be eagerly hoping that the victory effectively ends the Syria crisis, and refugees, which have drained precious resources from host countries, can now go back.

However, the crisis is far from over and the atrocities still lie in store for those Syrians who return home.

Already, rumours have spread that a change in the United Nations definition of civilians entitled to international protection may prompt host countries to forcibly return refugees. When text messages spread throughout Jordan’s Zaatari refugee camp about such forced returns last week, one aid worker in Jordan described the camp’s mood as “bordering on hysteria”.

Already hundreds of refugees have been sent back to Syria in small batches via Jordan’s Nasib border crossing, according to groups monitoring the situation. Some have been deported for security reasons, but the speed of the returns has made it difficult for observers on the ground to track and assess the claims and cases.

In Lebanon, the question of when and how Syrians should return to their country has become a highly charged one in Lebanon, a tiny country that is hosting more than one million refugees while its own population is about four million. Increasingly, political leaders — including Lebanese President Michel Aoun — have made calls for the refugees to return home, whether willingly or not.

But many refugees, despite the miserable conditions in the country, simply refuse to go back. As one refugee community leader in Lebanon’s Arsal village put it. “Even if there are pressures for us to leave, staying is our best bet. It’s not possible to send people to their death,” he told the Los Angeles Times. Al Assad has proved to be among the world’s most brutal of dictators, gassing, starving and indiscriminately bombing his own citizens.

But as the guns fall silent a far more sinister fate awaits those who dare to return to Syria.

Tens of thousands of Syrians have disappeared in the country’s prisons. (Families rarely receive any information about their conditions or even if they are alive at all). Surely, the many who had revolted against their dictator and sided with the opposition forces will not be forgotten by Al Assad’s top-notch mukhabarat (intelligence team), which has perfected over close to 50 years of the Al Assad regime (father and son combined) the art of intimidation and suppression of free speech.

One Syrian who spoke to the Washington Post said that upon returning to Syria in 2014, from Lebanon, where he fled to (he needed to secure paperwork), he was arrested on the spot and tortured for more than a year in one of the regime’s most notorious detention centres. The regime has proven that it does not discriminate in its abuse — sparing neither women nor children. A recent report released last week by the Syrian Network for Human Rights said that 90 per cent of the forced disappearances in the country were perpetuated by Al Assad’s regime, including 4,219 women and 1,116 children.

Any plan to return refugees should be carefully coordinated with international agencies, which would need the backing and political will of the global community and full-proof mechanisms in place to ensure their safety.

But any refugee, would surely be sceptical that any international organisation could protect them-given the global community’s complete failure to protect civilians throughout the course of the six-year war. That being said, host countries have a moral responsibility not to send these vulnerable refugees back to a ravaged state where a victorious and emboldened Al Assad patiently awaits them to unleash fresh torture.

The host countries should not have to bear the brunt of hosting these people alone and the powerful and wealthy nations of the world should step up to the plate and do their bit as well.

While the global failure to protect civilians cannot be erased, a new opportunity is presenting itself now, to do the right thing.'
Posted by Dick Gregory at 14:16 No comments: