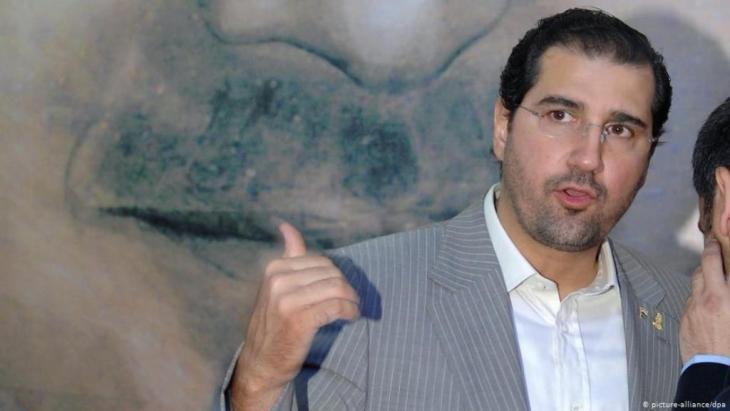 'The open rift between Syrian President Bashar al-Assad and Rami Makhlouf, who with his dubious business interests controls a considerable segment of the Syrian economy, gives some idea of the seriousness of the crisis currently facing the Syrian régime. And it also demonstrates the magnitude of government corruption.

The signs of disintegration that have long since been evident in the military and security apparatus, as well as in the country's economic life are now beginning to show in the all-powerful ruling clan as well. Against the backdrop of the military and political presence of Russia and Iran and growing criticism of Assad's actions by the Russian media over the past few weeks, a few surprises are still to be expected.

A power struggle amongst mafia-like players for economic resources and political supremacy, plus a reckoning for the enormous number of victims amongst the Syrian population since 2011 are some of the factors that will define how things play out.

To begin, though, we have to ask how Syria got itself into this dismal situation in the first place. So let's take a look back. The revolution of 2011 only became radicalised when the Assad régime decided to embark on a strategy of repression and military force to suppress a rebellion that had started out peacefully.

There can be no doubt that the military response to the uprisings and the resulting elimination of the civil and popular character of the Syrian revolution in 2011 and 2012 was what led the Syrian Free Army to splinter into many different militias.

And yet the régime preferred to embrace a scorched earth policy rather than curtailing Syrian presidential powers, or even implementing a minimum of political reforms to ensure social participation and the accountability of those in office.

This may not be anything unusual for dictatorships. But it makes a huge difference whether a régime comes to the realisation that all signs are pointing toward radical change (as in some other Arab countries, where a new president at least took office), or whether it holds fast to its leader until its dying breath, without caring in the least what price there is to pay.

In the hope of circumventing a political solution and reforms, the Syrian régime first enlisted the help of the Hezbollah from Lebanon and then called in Iranian government militias.

When these steps failed to give the régime the necessary clout to regain the upper hand against the insurgents, it appealed to Russia with its fighter planes and military bases. In September 2015, Russia thus arrived on the scene and put all its weight into crushing the revolution, at a time when the insurgents were just on the verge of tipping the scales against the régime.

The cumulative result of all these developments was millions of displaced persons and hundreds of thousands of Syrians killed. The régime increasingly put itself in the hands of Iran and Russia. In the meantime, Turkey to the north had become another player in the Syrian game.

The fanatical policy pursued by the Syrian régime with the aim of maintaining total power has ended up robbing the President and his government of every last shred of credibility and sovereignty. The bloody treatment chosen by Bashar al-Assad to treat the revolution that began in 2011 has proven a hundred times worse than insurgents and activists could ever have imagined in their talks at the beginning of the uprisings.

One of the products of the violent suppression of the revolution and the ensuing chaos has been the terrorist organisation "Islamic State". ISIS would never have been able to take advantage of the turmoil had Assad's government made any attempt at the outset to reach a political understanding with the insurgents. The régime completely misjudged the events and the deep-seated anger among the Syrian population. It was a misstep that would culminate in serious crimes against humanity.

The monstrous scale of the murder and destruction perpetrated against the Syrian people since then has prompted numerous efforts to initiate criminal proceedings against the régime. In Germany, for example, litigation began a few weeks ago against members of the Syrian secret service who are alleged to have committed war crimes and crimes against humanity on behalf of the government.

Victims finally have an opportunity to testify as witnesses against their tormentors, who are accused of torture, murder and the execution of prisoners. The indictment makes it clear that such acts were part of a systematic policy against activists and non-violent freedom fighters. The courts will also seek to prosecute those who ordered the executions, murders, torture and kidnappings.

There is also the prospect that the trials and indictments will lead to further legal action. European countries including the Netherlands have for example begun to process tens of thousands of cases of missing persons who disappeared in the régime's prisons. The régime will not succeed forever in hiding from millions of Syrians around the world.
The revolution broke out at a time when the Syrian people had had enough of the régime's repressive approach, its disregard for the dignity and freedom of its citizens, and its lacklustre economic and security policies. Having sold off the country's resources to a small and influential elite, the government managed to degrade Syria's economic standing to place it near the bottom of the international league table.

While the régime had still shared its financial resources with various sectors of society under former President Hafiz al-Assad, when his son Bashar al-Assad took office everything changed. Corruption and special interests came to the fore, to the increasing detriment of the lower and middle classes. In 2011 the people of Syria, like those of other Arab countries, rose up to demand a decent living standard and a minimum of social justice.

All the while, the régime failed to realise that its repressive measures and the war it had launched against certain parts of Syrian society would end up contributing to the downfall of the old political system. Or that its propaganda claim that it would emerge victorious from that war was but a figment of its imagination.

For how can a country speak of victory while driving out its own people, destroying its own economy, its villages and cities, and killing hundreds of thousands of its native daughters and sons?

After the massacre of Hama in 1982, the régime still managed to bridge the country's divides. But what has happened in the years since 2011 has taken on a whole new dimension. All of Syria has become one colossal crime against humanity.

The régime's ability to achieve reconciliation with its people and within the ruling elite has diminished under the presidency of Bashar al-Assad. Since the beginning of the uprising, the president has utterly squandered his moral and political capital.

The fact that world and regional powers will now determine the fate of Syria is without doubt the natural consequence of the destruction of the country and its social structures by its own government and security apparatus.

The coming events are still likely to throw up a few surprises. For Syria, the revolution of 2011 was the beginning of a new history. And thus, the ability of the Syrians to regain their honour will also be put to the test in the months and years to come.'

Posted by Dick Gregory at 09:05 No comments: