Who Are the Moderate Opposition in Syria?

"The Syrian Moderate Opposition are made up of people who subscribe neither to the values of the regime, nor of ISIL, nor of al-Qaida. They are people fighting for Syria. Many Syrian citizens joined Moderate Opposition groups in 2011 or even before then in response to Regime brutality against the Syrian people. They have been imprisoned and tortured by the regime and lost family members and friends, but are determined to give Syrians a better future. These groups represent a range of political views, but are today united in their aim to fight ISIL, oppose Assad and support a political transition to get Syrians a fair, democratic and representative government.

Taken together, Opposition groups have over eighty thousand armed men fighting both the regime and ISIL. Their support is crucial for a political solution, and they have strong credibility with much of the Syrian population. This credibility means they offer the best hope of defeating ISIL in Syria, from both a military and ideological point of view.

85% of Russian strikes have been in areas where ISIL is not even present. Russia is targeting Moderate Opposition fighters opposed to the Assad regime. Russia seems to be playing along with the regime's fantasy that all Opposition groups are terrorists. In fact, the majority of Opposition groups are moderate. Russia's actions are killing the Moderate Opposition; the only people fighting against ISIL. Russian activities could allow ISIL to make territorial gains.

Moderate Opposition forces in Western Syria had removed the ISIL presence from almost all of their territory, and are fighting the most intense battles against ISIL anywhere in Syria in the area north of Aleppo City. However the Assad regime, with a few exceptions, has rarely targeted ISIL areas or engaged in large-scale confrontations with the organisation. Whilst the 50km frontline between ISIL and Opposition forces in Northern Syria sees daily fighting, the 130km frontline between ISIL and the Regime is usually quiet.

Jaysh Al-Fatah is not a single organisation. It is a loose mechanism for coordination between different groups fighting both the Assad regime and ISIL. This mechanism does contain some terrorist elements - principally The Al-Nusra Front, although most of the groups involved are not extremists or terrorists. The reason for this coordination is practical. The Al-Nusra Front is currently concentrating on fighting the regime. The Moderate Opposition is already fighting both the regime, and ISIL and now being bombarded by the Russians. It cannot afford to attack Al-Nusra as well at this stage. Rather it is concentrating on fighting the enemy who are continuing to target civilians with impunity. The Russian argument that everyone who coordinates with Jabhat Al-Nusra is themselves a terrorist is patently false and ignores the reality of the conflict. If the regime stopped bombing its own people and seriously looked at engaging in a political process, the Moderate Opposition would be able to weaken and confront Al-Nusra. But right now, they cannot afford to have that battle."

I am surprised at something so accurate coming from a British government official. He does mention that we aren't actually doing anything to help the military struggle of the moderate opposition against Assad, the Russians and ISIS.
Posted by Dick Gregory at 20:06 No comments:

These Syrian Rebel Leaders Have A Warning For Russia

'The Russian Defense Ministry claims to be targeting ISIS, but the majority of targets appear to be the Syrian rebels fighting both ISIS and the Assad regime.
“There is no difference,” says Abo Hamza, a commander of the Free Syrian rebels in Aleppo. “The Russian interference in every country is the same. The Russian regime is repressive and dictatorial, and works against any revolution which is against the other dictatorships they support.”
The rebels in Syria acknowledge that the Russian intervention presents a huge challenge for them, but they remain optimistic. “We are steadfast,” says Colonel Ahmad Eissa.” We will defeat the Russian intervention…This is not a normal war. This is a revolution of the people.” '
Posted by Dick Gregory at 19:42 No comments:


"Al-Lataminah was inhabited during the Stone Age."
Posted by Dick Gregory at 14:26 No comments: 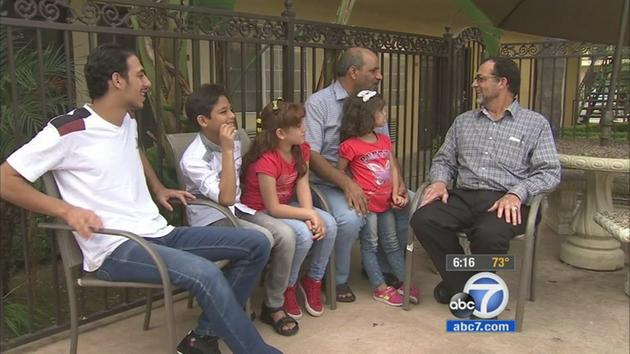 ' “Life in Syria is horrible,” says Fouad Wawieh. He and his family escaped the violence-riddled town of Dumas —  targeted by Syrian President Bashar Al-Assad and his supporters. “Him and his gangsters. he destroyed Syria. And there is nothing left.”
The oldest son, Omar, had to escape on his own. Teenage boys who do not support the revolution are also targeted, Wawieh said. “I would have been captured. I would’ve been tortured. I would’ve been beat,” Omar said.
They aren’t looking back and can’t imagine ever going back to Syria, unless, of course, the Assad regime is forced out. “He is the cause of our misery. him and his gangsters,” Wawieh said.'
Posted by Dick Gregory at 09:47 No comments:

"The régime forces yesterday kidnapped a group of 10 women and children at a hill checkpoint of the eastern side of  north Homs while they were trying to flee to escape the bombing of the régime and Russian airforce of villages and neighborhoods in the Homs region."
Posted by Dick Gregory at 16:54 No comments: