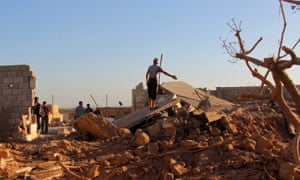 Samer al-Ahmad:
'Whenever I hear the word Aleppo I think of my friend, a lawyer called Ibrahim Malki. This time last year he and I were fellow detainees in a crowded cell where we slept next to each other – it was only three metres long and six metres wide but was home to more than 20 prisoners. We’d both been arrested by the regime. I had been accused of sending news to opposition media. Ibrahim was arrested for being a political and human rights activist.

After 20 days of living together, talking and sharing torture sessions our friendship was cemented. But soon we would be transferred to different facilities.
While I continued to be tortured, accused of being a terrorist, Ibrahim was witnessing his worst nightmare in a tiny cell in the capital, Damascus: he later told me how he watched young men die, their bodies thrown out like animals.
A month later, I was released after paying a bribe to a regime officer. A week after that, I heard that Ibrahim had also been released. Soon the regime started harassing me again so I left for Turkey; Ibrahim moved to Switzerland after the regime shut down his law firm. We talk weekly on Skype and he always says how what is happening in Aleppo breaks his heart, his beloved city that President Bashar al-Assad is trying to destroy.'
Sadek Abdul Rahman, a pseudonym used by an editor and writer at Al-Jumhuriya:
'I spent the first three years of the revolution moving between areas under the regime’s control. I witnessed people’s sadness, their fear and the deaths of their loved ones but persuading them to talk was the hardest part.
Everyone is scared to speak and even if they agree they only talk about what they should say, not what they want to say. Even if you are able to reassure them that you won’t reveal their names and identities you can feel their fear and confusion coming through in their words, but with time some people slowly started to trust me.
I was using a pseudonym to protect my identity so people were seeing an unknown person talking to unknown witnesses, and while this documentation is still important it is not the ideal way to do journalism.
Once, I wanted to document the story of a friend who was forced to fight in the regime forces: he was not pro-regime but he was not on the revolution’s side either – he didn’t want to fight anyone.
We tried to document his story during one of his holidays but it was impossible. Leaving out personal information rendered the story meaningless, but anything that hinted at either of our identities would have put us in danger.
Three years later we met in Istanbul, where we laughed, cried and talked for hours. He was preparing himself to go to Europe after successfully escaping from Syria.
But even in exile writing his story was impossible because it could implicate his family and friends who helped him to come to Turkey and are still living in areas under the regime’s control. A regime that is depriving Syrians from telling their stories even when they leave.'
Raed Razzouk:
'One day last September, after an excessive attack from jets and helicopters on my region of Idlib in northern Syria I decided it was time to to travel with my family, my wife and two kids, towards Turkey in search of safety.
Our first attempt to cross the borders failed and some of us almost got killed by gunfire from Turkish soldiers on the border. One man was shot in the leg and women and children were screaming and crying.
We fled to a nearby village where we found a mosque that we could rest in and found many people like us. At 3am we went back tried again and found a 1.5-metre-deep ditch to crawl through.
With my wife, holding my six-month-old in one arm and the eight-year-old in another, we reached a Turkish village and our first safe sunrise in three years.'
Posted by Dick Gregory at 01:38 No comments:

The sectarianization of Syria and smearing a revolution

'As the brief lull in Russian bombing comes to an end, Aleppo is entering its biggest and perhaps its last battle. For most people in the liberated east of the city, this is a battle of survival against a genocidal regime, and a battle for democracy too, because in their hard-won liberty they have built democratic councils and a free media.
Yet to the outside world, Aleppo often looks like a battle between sects - and with good reason. A small proportion of the city's defenders are Sunni jihadis with previous links to al-Qaeda. On the Assad regime's side, up to 80 percent of its fighters are foreign Shia jihadis organised, trained and funded by Iran.

It didn't have to be this way. The year 2011 marked a turning point in the collective consciousness of Syrian society. In a country divided by sect, ethnicity, region and class, a protest movement for freedom, dignity and social justice united people from a wide range of backgrounds. Suddenly the term "Syrian people" gained a new, practical significance and became much more than a state-directed slogan.

Men and women took to the streets calling for the downfall of the four-decade dictatorship. As the "fear barrier" famously broke, Syrians discovered themselves, each other, and their country anew. Few, for instance, had previously heard of the small town of Kafrnabel, in the rural north. But the witty banners activists in the town produced every Friday for its demonstrations brought it to national attention.

Revolutionaries chanted in solidarity with towns resisting the regime's brutal crackdown - "Oh Homs (or Deraa, or Hama) we are with you until death". Slogans such as "One, One, One, the Syrian People are One" called for national unity and were against sectarianism. Groups such as "Nabd" ("Pulse") were established to promote diversity and coexistence.

Young Kurdish and Arab activists established the Kurdish-Arab Fraternity Coordination Committee, which launched campaigns such as "Khorzi, I am your brother - Arabs and Kurds are one". Well-known Alawites (from the sect to which President Bashar al-Assad belongs) lent their support to the revolutionaries. One was the actress Fadwa Suleiman, who led protests in the Sunni-majority city of Homs.

The first task of the counter-revolution - practicing age old tactics of divide and rule - was to destroy this developing organic unity. One of the early methods the regime employed was the unequal distribution of violence in its response to the uprising. Areas which were wealthier or had a higher proportion of minorities were treated more gently; teargas instead of bullets was used on protesters. The regime withdrew from Kurdish majority areas without a fight, handing over security installations to the Kurdish Democratic Union Party (PYD).

Working class Sunni-majority towns and suburbs, on the other hand, were barrel-bombed and gassed. This helped form cleavages between Arab and Kurdish revolutionaries, and between Sunnis and religious minorities.

The non-sectarian democracy movement was portrayed by the regime as an extremist "Salafi-Jihadist" plot from the outset, with the hope of frightening minorities into loyalty. This began with false flag operations, described in detail by Alawite writer Samar Yazbek in her wonderful book A Woman in the Crossfire: Diaries of the Syrian Revolution. Regime thugs known as Shabiha instrumentalised sectarian hatred by carrying out violent acts in the coastal cities of Banyas, Jebleh and Latakia, spreading rumours amongst each sect that the other was responsible. Then came a spate of sectarian massacres.

The Syrian Network for Human Rights documented 56 sectarian massacres between March 2011 and June 2015. Of these, 49 were carried out by regime forces (both local and foreign militias) and included sexual crimes, the burning of homes, and the slaughter of entire families. According to the network, no other group resorted to ethnic or sectarian massacres until June 2013. The purpose was to incite other groups to revenge - and it worked.

The second target of these provocations was the international community. The regime couldn't win support for a crackdown on peaceful protesters, but it could win support for a "War on Terror". As the regime rounded up civil activists and protesters en-masse for indefinite detention - and often death by torture - it released 1,500 Salafi prisoners in 2011. The beneficiaries of the amnesty included Abu Muhammed al-Jolani, who went on to lead al-Qaeda's ex-affiliate Jabhat al-Nusra. There was also Hassan Aboud, who led Ahrar al-Sham, and Zahran Alloush, who led Jaish al-Islam until his death in an airstrike.

For many months after the arrival of the Islamic State group on the scene, the regime in effect pursued an undeclared non-aggression pact with the group. IS is a great excuse for the continuation of violence perpetrated by the regime and its supporters. Russia claimed its intervention was directed against the terror group, but over 80 percent of its bombs have fallen nowhere near IS-controlled areas. Iran tells its people that its presence in Syria is to defend them from "Sunni-jihadism".

Yet most Iranian-backed forces are fighting rebel groups that are defending democratically-organised communities, including the Free Syrian Army militias. The presence of Iran's Shia-jihadi militants greatly assists the Sunni-jihadi narrative.

When the town of Daraya - close to the capital - fell to the regime in August, its residents (both civilians and fighters) were cleansed and sent to rebel-controlled Idlib far to the north. Iraqi Shia families were then moved into vacant homes. Reports have also emerged of Iran buying property and real estate in Homs and around the capital Damascus, after local inhabitants were forcibly expelled from their homes following heavy bombardment, massacres or starvation sieges in an attempt to change Syria's demographics.

In a speech in July 2015, Assad declared, "Syria is not for those who hold its passport or reside in it, Syria is for those who defend it".

In a remarkable echo of this sentiment, IS' leader Abu Bakr al-Baghdadi said: "Syria is not for Syrians and Iraq is not for Iraqis. The land is for the Muslims, all Muslims." In areas controlled by IS, religious minorities have been driven out, murdered, forcibly converted, or enslaved - even those Sunni Muslims who dare to dissent from Baghdadi’s perverse definition of Islam.

Some commentators hold that this process of ethnic-sectarian soft partition was an historical inevitability. Close attention to realities on the ground proves otherwise. In 2011, revolutionary Syrians expressed their desire for social unity, tolerance and diversity in order to achieve their dream of a free and democratic Syria. Many still do. It took the sustained violence of the forces of counter-revolution, backed by the full weight of foreign military intervention, to smash this possibility.'
Posted by Dick Gregory at 07:10 No comments: 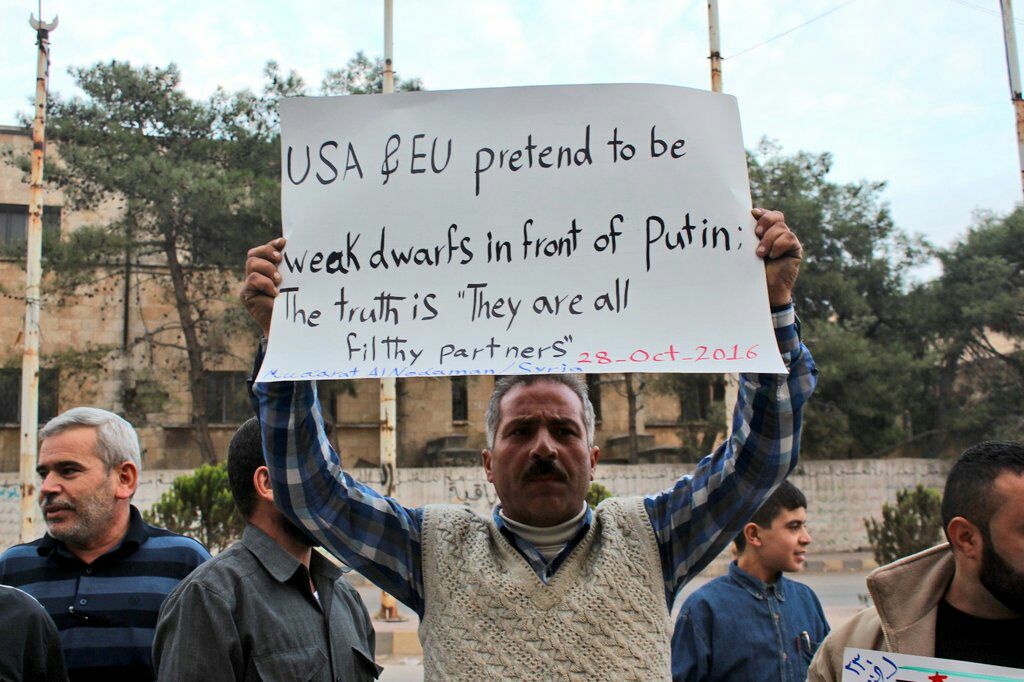 "Despite all the statements of concern..."
Posted by Dick Gregory at 09:34 No comments: