What's That Coming Over The Hill Is It A Monster


Presumably if he didn't attend the funeral today, Assad has gone at least to Lattakia. I expect his state will soon be reduced to there and half of Damascus, with his end in view from there.
Posted by Dick Gregory at 17:24 No comments:

Posted by Dick Gregory at 20:09 No comments:

The Role Of The New York Times According To Noam Chomsky


'Mr. Assad’s Syria has remained a steadfast enemy of Israel. The two countries have no formal relations and are technically at war...“Bashar kept the border quiet, and now it can be like in the case of Sinai, with chaos and terror,” 'These two contradictory passages (and I think that the latter carries the greater truth-value) in a New York Times article [http://www.nytimes.com/…/israel-worries-as-syria-deteriorat…] got me to the below, via "Isabel Kershner contributed reporting" at the end of the NYT piece, and "Isabel Kershner, a Jerusalem correspondent for the Times, is married to Hirsh Goodman, who works for a government-linked Israeli think tank called the Institute for National Security Studies. Specifically, Goodman is the senior research fellow and director of the Charles and Andrea Bronfman Program on Information Strategy, tasked with shaping a positive image of Israel in the media", from here:
[http://mondoweiss.net/…/nyt-fails-to-disclose-kershners-tie…]
Posted by Dick Gregory at 12:46 No comments:

"For myself, if I were an Afghan I would be demonstrating in the streets or fighting in the mountains alongside the rebels. I do not see any way out of the impasse of the Afghan left which does not involve getting rid of the Russians. And that means fighting them. If any significant section of the left were to fight alongside the rebels it would mean that in the end there would bc at least a space for the left to work in. Just as now there is a space for the Iranian left because of their long struggle against the Shah. Thirdly, what attitude do we take to the rebels? Their leaders are clearly right wing. They are pious clerics in clean pressed clothes, fat landlords with bandoliers, western educated careerists with the backing of the CIA. They are unrepresentative of the people they claim to lead, and the people know it. If they once came to power in a “free Afghanistan” they would squabble over everything, united only in their contempt for the poor. And their new state would fly apart. The pressures of ethnic separatism and Islamic utopianism would pull it apart far more strongly than they are now pulling Iran apart.

Nor should we have too many illusions about the people, the “moujahedin” themselves. They were bigots before; they are worse now. Their ideas will not be changed slowly or easily. they are brave freedom fighters giving their lives in a struggle against imperialism. they are also poor men, fighting for a system that abused and humiliated poor men."
Posted by Dick Gregory at 15:10 No comments:


The BBC news subtitlers have reported that President Assad of Syria may have fled to "the tackier",but are as yet silent on whether his trendy wife has been persuaded to decamp in like fashion.

I don't think any Alawi state in the north-west of Syria would last for long for a number of reasons, which I might mention a couple of after ruminating a little on an interview I saw about half-an-hour ago on the BBC with Patrick Seale, who was repeating a sadly pro-regime line, but had some interesting things to say.

I'd missed Hezbollah leader Hassan Nasrallah's speech on Friday, in which he said that Western powers are trying to break up Syria, but this if anything is another reason the think the regime trying to split the country won't be acceptable to anyone but the Assad family. Seale said "Blowing up the entire military top brass is the trademark of the jihadis that gave the Americans so much trouble in Iraq," which as I've mentioned in previous posts, is one crappy theme uniting counter-revolutionaries of all stripes, that suicide bombings mean bad Muslims; but if the military hierarchy has been decimated, not so many to give the orders, it isn't just a couple of dead supervillains. Seale also said if the Americans, "Some of the weapons they throw into Syria may end up in the wrong hands", as if the Americans having so many weapons was a good thing in the first place.
Anyway, other reasons why the reign in the north-west won't last:


1. Sirte. Gadaffi was supposed to be able to hole up there indefinitely. Once he'd lost control of the state finances, once he'd lost control of the state, those who tolerate the regime because it stands for stability support it no longer, nobody can be paid (the Russians may already have the state treasury, as they took the Spanish at the start of their civil war), the only people who will fight for Assad are those whose survival depends on it, most Alawis especially those in Damascus, and other areas now likely to be lost forever to Assad, will be looking at an accommodation with the new reality, it be virtually only his family that are likely to fight to the end if they can't escape.

2.The Soviet Union was a global power in the 80s, now it is a regional power with global ambitions. Having a Med port isn't so vital that the Russians will want to flush their future influence in the region down the toilet for its sake, they are far more likely to need their Black Sea fleet against Georgia than Italy.
Posted by Dick Gregory at 11:37 No comments:

CHAPTER XVII: HOW THE CHANGE CAME

"Began the civil war, though, like all such events, it gathered head slowly, and people scarcely knew what a crisis they were acting in."Terrible as the massacre was, and hideous and overpowering as the first terror had been, when the people had time to think about it, their feeling was one of anger rather than fear; although the military organisation of the state of siege was now carried out without shrinking by the clever young general. For though the ruling-classes when the news spread next morning felt one gasp of horror and even dread, yet the Government and their immediate backers felt that now the wine was drawn and must be drunk."
Posted by Dick Gregory at 16:13 No comments: 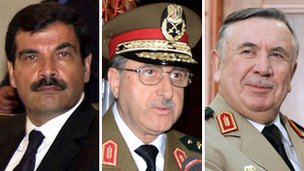 The BBC just reported this as "may have been killed by a bodyguard, who turned out to be a suicide bomber." He wasn't part of some mystic tribe of suicide bombers, who are usually evil, but this time might be good; the idea of suicide bombing as an ideology rather than a tactic gives rise to such misdirected conceptions. Anyway, seems like the regime is going the way of the Nepalese monarchy, blown apart at the centre.

Frank Gardner: "It is a jihadist act, that is alien to Syria", not to all the armies in the world that have undertaken suicide missions.
Posted by Dick Gregory at 12:42 No comments:

"So the Americans stood idly by while Russian tanks crushed Budapest and Prague, and the Russians weren’t too upset when Presidents Johnson and Nixon sent bombers to Hanoi. No atrocity on either side, it seemed, could stop the movement towards détente."
Posted by Dick Gregory at 11:19 No comments:

Tariq Ali - What Is Really Happening In Syria

Posted by Dick Gregory at 10:30 No comments: